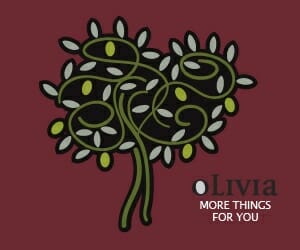 Situated along the northern-west side of Lake Garda, Brenzone sul Garda is one of the largest town inside the province of Verona. Its territory extends from the beaches of the lake to the top of Monte Baldo (more than 2000 metres of height).

Brenzone is composed by 16 small communities scattered on the slopes inland where residential and vast natural areas alternate each other. There are also many other hamlets mostly formed by no more than 4 or 5 houses, named “Cà” (local dialect for home) followed by the surname of the family who lived there in the past. One of the peculiarities of Brenzone is the absence of a real town center.

As time hasn’t changed the aspect of this town, Brenzone could certainly be considered the ideal place for a relaxing sporty holiday far away from the stress of every day life.

Brenzone, as well as Malcesine, thanks to the combination of water and mountains, can offer a lot to you.

In the morning the king of Lake Garda’s winds, Pelèr, and in the afternoon the less strong but more constant Ora can create the best conditions for sailing, wind and kite surfing whether you are a novice or an expert in water sports. Meanwhile, choose the evening when the wind dies down or the less windy days for canoeing or sup.

If you are crazy for windsurf a good spot is the beach in front of Trimelone island (in Assenza next to Cassone). Perfect when north wind blows very strong in Campagnola or Malcesine, because wind become less intense and more stable during its trip to the spot.

From Castelletto to Assenza there is a cycle lane along the beach, passing by the villages of Magugnano and Porto, each with a small harbour where there are bars, restaurants and shops. You can run, stroll or visit them by bicycle.

The cycle lane keep going north reaching Navene, through Cassone, Malcesine and Campagnola. If you like to leave the beach for the hills, easy footpaths and muletracks will lead you through fields and olive groves of the districts.

A Nordic walking park has been opened in 2013 in Brenzone sul Garda. You can choose among 4 trails with different lenghts: the longest starts from Assenza and takes you to Castelletto di Brenzone.

Brenzone means also Punta Veleno for cyclists. One thousand meters drop over a length of 10 km, 20 hairpins all numbered and no time to take a break: sounds good?

Going up on the trails and muletracks means ending both in Prada and Punta Telegrafo at 2200 meters of height. You will discover the alpine side of Monte Baldo you cannot ignore and, if you really love mountain, you can’t miss it.

Next to Punta Telegrafo there is Vetta delle Buse for climbing routes or the via ferrata of Taccole.

The town of Castelletto is situated in a natural amphitheater between the slopes of Monte Baldo and the water of Lake Garda. The village has developed over the years in a spontaneous way, so that the public places such as the Church, the Bell Tower and the Cemetery are located outside the village. The old town is characterised by houses dating from fourteen-fifteen century; they are often high, built close to each other, and linked by a facade or courtyards.

The heart of the hamlet is characterised by a maze of cobbled streets and at almost every intersection you can notice a shrine or a water source that converge on a small square called “Piazza dell’Olivo”. All the reastaurant and commercial activities are situated along the small harbour, a particular feature of the four hamlets of Brenzone (Castelletto, Magugnano, Porto and Assenza).

The town of Biaza, located above Castelletto, has developed following the shape of the mountain territory in order to make better use of the agricultural land. Like the other centres of settlement the place of worship called “Church of St. Antonio” was built at the edge of the village, where a tall tower standing among the olive trees is visible from all angles of the town: “il Casteletto di Biasa”.

Not far from Biaza, with similar characteristics is Fasor, another typical small town, located along the road that leads to Prada, instead of being built around a square. Here starts the “mule” (ancient cobblestone paths) leading you to Campo and Prada.

If you want to experience the thrill of feeling in another era and you need to unplug from the hectic everyday life, visit Campo! Ancient medieval town, surrounded by nature and only approx. 200 meters above sea level is a reality today only on the shores of Lake Garda as it is a rare example of medieval architecture well preserved and without renovations.

Since the 50s, due to the poor road conditions, Campo has undergone a a heavy depopulation. Nowadays only two families still live in this old district, reachable only by foot or mountain biking through the trails that start from: Marniga, Magugnano, Zignago and Fasor.

A few steps from the shores of the lake and at the foot of Monte Baldo, 1.5 km north of Castelletto is set Marniga, a typical rural district of the Benaco area. Based on two main routes, one leading to Campo and one to Castelletto.

The village is characterized by densely built houses, narrow paved streets in molina and various sets of steps rising from the lake to the town (68m asl).

Magugnano hosts the Town Hall and represents the typical settlement pattern of the 900. After the urbanization of the lake, the town developed along the shore, around the marina and later, with the construction of the lakeside road, along the main road.

Situated along the banks of the lake, between Magugnano and Assenza, Porto presents a typical settlement of this area, in fact, housing, restaurants and commercial activities developped along the coast and around the harbor. From here you can reach the trails leading to Castello and Monte Baldo.

Castello is in a panoramic position, just above the village of Porto. The name and shape of the town suggest the possibility of a remote fortified settlement. The houses (now largely refurbished) follow the shape of the land, which is spread over several floors / terraces and are connected to each other by narrow lanes with pavement “in molina” (on pebbles).

Small town nestled on the slopes of Monte Baldo, it is characterized by a very small center of houses built next to one another and, in particular, along the path leading to Ca’ Romana and Campo.

At about 200 meters above sea level, in a quiet location amongst the olive groves lies the village of Borago, characterized by a compact group of buildings, which are connected to one another by typical cobbled streets covered with vaulted ceilings.

The atmosphere of peace, silence and houses stones characterize the district of Zignago, where you can enjoy a breathtaking view of Lake Garda. Here begins the terrible climb, known as Punta Veleno (Poison top), faced by cyclists daredevils. With its 20 hairpins this climb reaches 1156 metres asl (Baito Scale) in Prada.

Situated between Borago and Sommavilla, Pozzo is reachable from Assenza, just take the mule track going up.It is characterized by typical rural houses which were build according to the soil conditions.

A purely agricultural district just 200-300 metre from the beaches, Sommavilla is situated on the border with Malcesine. Strategic location for its tranquility, for its scenery and for the convenience of being within a few hundred meters from the main points of interest and local shops. From here there are many paths to the cabins, the slopes and peaks of Monte Baldo.

A typical harbour-shaped hamlet, located along the main street (Via Gardesana), on the border with Malcesine, Assenza’s territory develops on the banks of the lake. The main spot here is the square which has turned into a real meeting point for both locals and tourists.

The “balcony of Lake Garda” halfway between lake and mountain

Home of outdoor holidays in Europe

A mountain proud as its name and eager to be discovered