For a few days, the temperature has been dropping.
Check out the forecast: grey and bad weather until next week.
Let’s hope the forecast is wrong which happens often in Lake Garda. Social friends posted photos of snow while in Malcesine it was grey and cold.

I was at work in front of the computer, looking out on a not great day. How boring!

About lunchtime, the wind picked up from the North and it started to rain and then suddenly started to clear. There was no way to understand the forecast: in the North it was still cloudy but in the South there was sun and the wind was picking up.

You have to watch out when it’s like this because the Lake can fill up with windsurfers and that gets me agitated – wonderful unique days like this.* 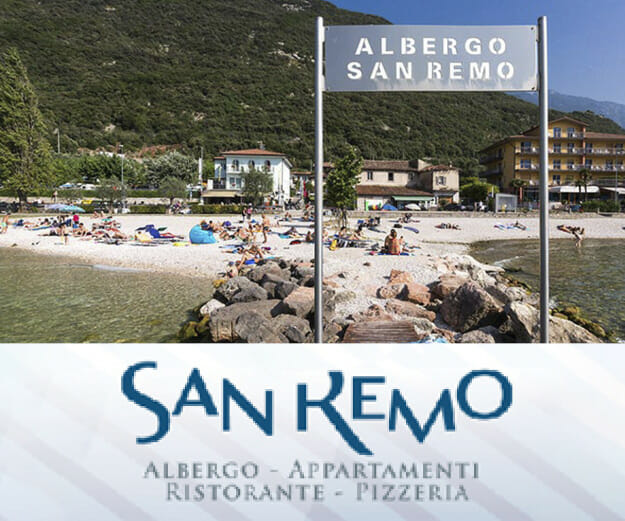 I look at the webcam and on Facebook looking for updates from surfer friends. I see that Fabio Calò is in Malcesine, getting ready to go out.

I remember the gale of last March 5th and I call him. Just as last year, we arrange to meet at the Island.

I drop my office work, run home, get my kit and set off for Assenza.

It’s cold and blowing 30 knots with gusts of up to 35 knots. Fabio sets off onto the water with a wave board and 4.2m of sail.

Fabio Calo’s enthusiasm and energy are such that he told us afterwards :

Although used to the milder temperatures of the week before, each time I look out of the office I’m wondering if the Peler has got down to Malcesine or Pra.
I carry on working but see that the plants outside are waving around. I can’t NOT open the Malcesine webcam, rub my eyes in disbelief: 38 knots in the gusts and steady wind of 30 knots, but only 7°C.

At Torbole, the sky is completely covered with cloud but in the south end of the Lake it looks like sun. I get the first call from Desenzano and they tell me the wind is 3.7, there are waves (yes, we DO have waves on Lake Garda) and with the sun the temperature will be bearable!

Decision time. I stop working, go to the garage, pack up everything including my wave board and I set off towards Malcesine. After 10 minutes, I’m where I need to be.
No-one on the water and only two windsurfers out at Navene. It’s a nuclear wind and the temperature has gone up to 11°C with the sun and maybe more.

I have a flashback to the gale of 5th March 2015 when I went out at Assenza in front of the Trimelone Island, it’s looking like the same conditions to me to those of that epic day so I carry on a few kilometres further south. While I realise that in Crero, Desenzano and Toscolano the conditions could be even better, it’s already 3pm and I haven’t got that much time.

I get to Assenza, park and rig my 4.2m.
Thinking about my experience last year when it was impossible to keep my Freestyle on the water, I revise my ideas and get on the Lake with my Wave board!

I haven’t gone a metre before I’m planing, on starboard and ready for a great session of Back Loops. The run from the beach to the island isn’t very long but long enough to get up some speed and take off.

During the session, just for the fun of it, I try to surf front-side on a couple of beach break waves: lake waves!
Get onto Facebook and here is my file full of spactacular photos from the whole Lake.
A Wednesday to remember!

We ended the day with a beer and then everyone back to work.

I go back to the office with my usual ‘post photo-shoot’ smile, happy in the knowledge that I live in one of the most beautiful places in the world.

How, what kit and where to start foiling: Fabio Calò’s advice.

Ora, Pelèr and Balin: thermal winds in the north part of the lake

Windsurf how to get started

How many lessons, how and where to do windsurf on […]