Maurizio di Palma has been living on Lake Garda since 2008 and his life revolves around BASE jump. If he is not travelling around the World to jump from many different sites, you can find him on Mount Brento, not far from Dro.

Maurizio di Palma, also known as Maury, is one of the few BASE jumpers to have a high number of jumps and fixed objects. Base is an acronym that stands for Buildings, Antennas, Span ed Earth. 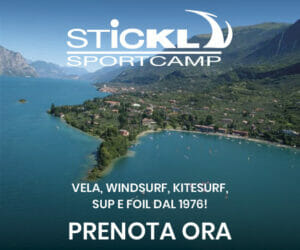 Maury jumped from the Milan Cathedral, from the Leaning Tower of Pisa, the Eiffel Tower, the Colosseum, the Angel Falls, the Campanile Basso and from the El Capitain. Today he is 37 years old, he has jumped almost 4000 times from 400 different sites.

He opened a BASE jump school in 2014 and in 2015 he decided to make tandem BASE jump with him available.

Tell us about your school.

I have worked in my school, the Brento BASE School, the first Italian BASE jump school. for two years. I help expert parachuters to make BASE jumps.
I progress step by step and in a structured way to enable the BASE jumpers to acquire confidence and autonomy so that they can experience safe jumps.

My school is quite renowned in the Base jump environment as my name is know at an international level.

I have always shared my knowledge and experience with my friends and I have always taught to Base jumpers, but now everything is more official. In the last two years BASE jump has grown and it is now quite widespread. There are so many charlatans out there, learning to jump in an inappropriate way is quite frequent and dangerous. This is one of the reason why I decided to open my own school.

What is tandem BASE jump?

There are only two people in the World to make tandem BASE: Sean Chuma and me. Sean was the very first one, he jumps from a bridge in the U.S.A.

It took me three years to gain his trust. Sean came to Lake Garda two years ago, in November, I jumped with him for the first Tandem BASE from Mount Brento and I tried to make him realize the potential of this activity in Italy and in Europe.
He was quite skeptical at the beginning, but then I convinced him. I went in Idaho to meet him and to attend his course and so I became the second tandem BASE jump pilot in the World. I thank him for believing in me but also because he made me improve as a BASE jumper.

Can you tell us something more about tandem BASE jump?

During a Tandem BASE I can give you the chance to experience the same emotion that a BASE jumper feels jumping from a fixed base.

The emotion of jumping for someone who has no notion of the void or has never tried parachuting, is very strong. It’s a hard situation, it is not just an adrenalin rush but it is also an unparalleled experience that you can try with me on Mount Brento, in other sites in Europe or in Idaho jumping from a bridge with Sean.

For me it is gratifying, I have the privilege to give the chance to motivated people to feel such a strong emotion while jumping with me.

Can anyone try BASE jump?

Yes, anyone can. There are only a few limitations: you don’t have to weigh more than 85 kg and your maximum height must be no more than 187cm. You must be of legal age and have a good physical condition.

There’s a briefing the same day of your jump, or the day before: it lasts half an hour during which everything is going to happen will be discussed and explained.

You put on your harness and you’ll be taken to the exit point in complete safety, you get ready following a specific kind of procedure and then you jump.

The jump lasts 2,5 seconds, then the parachute opens up and you fly for 5 minutes.

The true adrenalin rush, the true emotion is when you are about to jump and you are standing on the exit point with your feet into the void.

I’m tempted, but I’m scared. Try to convince me…Why should I try tandem BASE jump with you?

No, I’m not going to convince you. You don’t decide to make BASE jump, but BASE jump calls you and chooses you.

It’s right that people know that BASE jump can be done, but trying this activity is a personal choice, it’s for you to decide if you want to put yourself to the test, to accept the challenge and see if you are strong enough to jump.

I will never try to convince you, if you are not motivated and sure of your choice you can’t even reach the exit point.

What does people say after they have jumped with you?

Nobody has given up, there are also people who have jumped twice.

Have a chat with Maury if you are interested in BASE jumps and want to know more about it.

Here are all his contacts:

#3 – Holidays at the lake: small villages, lots of nature and even more sport