A mountain proud as its name and eager to be discovered

Monte Baldo belongs to the Gardesana Prealps and together with the Monte Altissimo of Nago creates the Baldo range. Three quarters of the range is located in the region of Veneto and the last quarter in f Trentino region. The chain stretches for about 40 kilometers from north-east to south-west and has a surface area of about 320 square kilometers; at 2218 m.a.s.l., cima Valdritta is the highest peak. 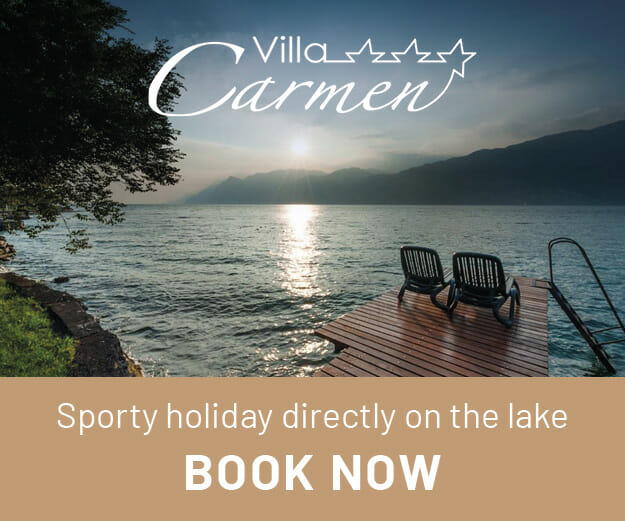 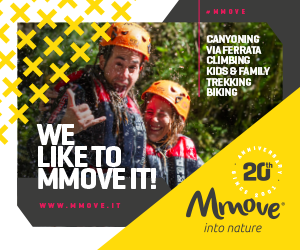 During the ice ages the peaks of Monte Baldo have been among the few of the alpine chain to remain out of the ice grip and thousand of wild animals found refuge on Baldo. Monte Baldo finds itself at medium latitudes and its micro climate is controlled by the presence of Lake Garda. It means that along its slopes and into its valleys you can find all the climates of Europe one after another. On Monte Baldo we find almost the 50% of all the flora of the Alps. That’s why Monte Baldo is also known as “Hortus Europae”.

If we rise from the lake level to the peaks we notice the variations of climate and vegetation; below is the evergreen belt of the lake with a mediterranean vegetation: olive trees, vines, oleanders, citrus fruits and lavender; around 400 meters there are oaks and chestnuts woods followed by, around 800 meters, from ash to Scots pine. Over 1000 meters the beech woods start, with centuries-old specimens, and above 1600 m.a.s.l. you will find firs. But also lilies, gentians, silver geraniums, nigritelle, edelweiss and wild orchids, some very rare. Fauna is also special, there are plenty of butterflies species, some of them are known only here, and lots of species of insects. And then there are marmots, dormice, roe deer, chamois, squirrels and hares, vipers, golden eagles, hawks, owls and woodpeckers.

To visit:
Botanical garden of Brentonico

The protected areas of Monte Baldo

On Monte Baldo, on the western side, there are two protected areas.
Inside the reserve it is forbidden to leave the path, to pick flowers, fruits, mushrooms, fauna and minerals. Is also forbidden to light fires and to enter with bikes or dogs.

It extendes for 986 hectares from from 1030 m.a.sl. to 2200 m.a.s.l at Monte Telegrafo. It is one of the areas of greatest botanical and faunistic interest in the whole of the Baldo range. The landscape is a mosaic of beech and white fir woods, extensive lilies of the valley, herbaceous vegetation above the edge of the forest, cliffs and gravel, enriched with endemic, rare and protected species of flora and fauna.

To know more (into Italian):

It occupies a surface of 218 hectares and it’s located in Malcesine, in the most northern area. It is characterized by the presence of holm oak; the laurel, the Judas tree, the terebinth and the butcher’s broom accompany it. It is an area rich in endemic species, some rare or very rare in the Italian flora.

To know more (into Italian):

To live and know the Monte Baldo

You don’t fall in love with Monte Baldo only for its famous panoramas. To live with Baldo means also to stoop more times to take a picture of a flower, to notice a fossil, to visit at dawn or sleep overnight in a shelter, to spot the chamois at dawn and be astonished by the power of the landscapes.

Monte Baldo does not fear the close Dolomites; Baldo is a mountain proud as its name and eager to be discovered. To really know it it’s necessary to move at each altitude, in every season and on each side.

By feet, by bike or by paraglide, on Monte Baldo you will find your dimension, your special corner where you can listen to yourself in a better way.

A walk in the middle of nature would be enough, to stop for a moment to listen, to get rid of the superfluous and understand that not much is needed to live well.

From Malcesine to Mount Baldo at 1760m of altitude by […]